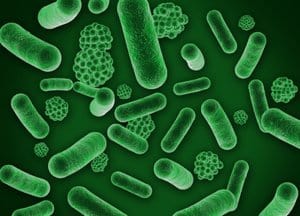 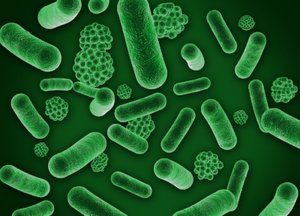 What is Lyme Disease

In the majority of cases Lyme disease begins with localized skin symptoms. Only later does it progress to include heart, eye, joint, and nervous system symptoms. Erythema chronicum migrans is marked with a red “bullseye” shaped rash, which is often used to informally diagnose the disease before serological tests confirm the infection. This rash typically spreads to other areas of skin, losing its distinctive bullseye appearance.

For a disease as potentially serious as Lyme’s surprisingly little research has been done. In a series of case studies done in Europe it was determined that systemic symptoms were uncommon. About 5% of patients displayed arthritis and other joint symptoms, 3% had neurological involvement, 2% showed lymphatic system involvement, and a further 1% developed cardiac symptoms. Similar results were seen in America, with the key difference being less serious and extensive skin symptoms (rash). As can be seen, Lyme disease varies widely between patients. Some will display virtually no symptoms while others will experience debilitating ones.

How Do You Diagnose Lyme Disease

Blood testing is done not to screen for the bacteria itself but for the antibodies the body produces in response to it. This being said, serum testing may be falsely negative in patients with only a minor rash. False-negative results may be obtained for up to 6 weeks in these individuals. In areas with high rates of infection 4% to as many as 50% of residents may test positive for Lyme disease. Only a relatively small percentage will ever display symptoms, however.

Early, aggressive treatment with antibiotics is the only known effective treatment for Lyme’s. If caught early enough, treatment may prevent systemic infection thus solving the problem before it begins. Currently no Lyme disease vaccines exist, and avoiding tick exposure is the only known means of prevention. If a bite is caught early enough and the tick is removed within 36 hours, including its mouthparts, infection may be avoided.

A two to four week course of treatment is required. Longer treatment duration has not been shown to be helpful. While the above mentioned skin changes may resolve without antibiotics, treatment is still necessary to prevent or limit further systemic infection. Even if this antibiotic treatment is successful, symptoms of joint pain and fatigue may take about three months to subside. Here are some basic treatment guidelines:

In all cases of potential neurological or cardiac involvement regular follow up is recommended.

The diagnosis of erythema chronicum migrans must be made clinically, as serum testing will be negative at this stage of infection. Antibiotic therapy should still be administered if infection is possible.