The basics of intoeing 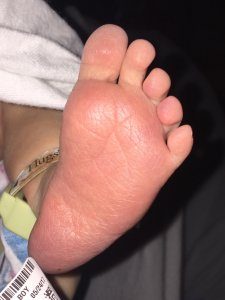 Pigeon Toe Intoeing is a condition when the tips of the feet are rotated inwards towards each other instead of pointing forward. It is commonly found in children and can affect walking. The majority of cases of intoeing found in children under the age of ten corrects themselves. Intoeing falls into three different categories. They are:

Signs and symptoms of intoeing

The causes of Pigeon Toe intoeing

While there is no known cause of intoeing, it is not uncommon to sometimes run in the family.

When performing an exam for intoeing, your healthcare provider will likely take some of the following steps.

There is no recommended treatment for intoeing in children under the age of ten. In most instances, cases of intoeing will correct themself. If the condition does not self-correct, you may need to take additional steps. The proper treatment depends on the cause of the intoeing.