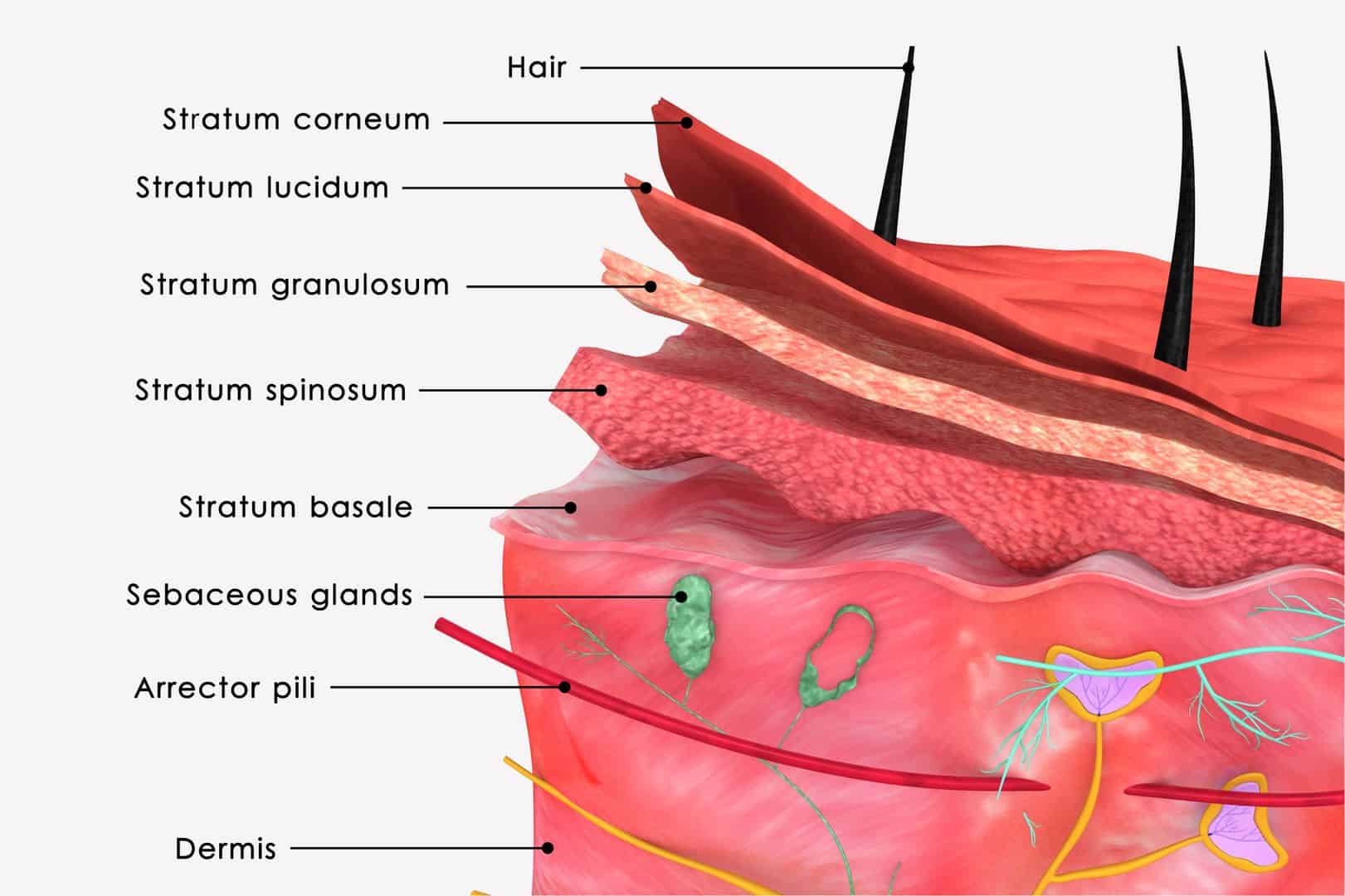 What are Ingrown Toenails?

COMMON SKIN & NAIL PROBLEMS – An ingrown nail is the result of a nail growing into the skin that surrounds it. This often occurs at either edge of the big toe. Ingrown nails may be caused by improper trimming, Diabetic nails, injuries, fungal infections, or pressure. A simple 5 minute office procedure will permanently fix this problem .

What are Thickened Nails?

Abnormally thick or crumbling nails may be caused by injuries, pressure from shoes, fungal infections, or conditions such as diabetes, psoriasis, or vascular disease. With regular care in our office, covered by insurance, can help will help prevent many problems from arising with these conditions.

A wart is an infection caused by a virus, which can invade your skin through small cuts or breaks. Over time, the wart develops into a hard and rough growth on the surface of the skin. A wart is most commonly seen on the bottom of the foot (known as a plantar wart), but can also appear on the top. Children, teens, and people with allergies or weakened immune systems are more vulnerable to the wart virus. Many simple office procedures to remove these quickly or painlessly, including our new Radio Surgery. 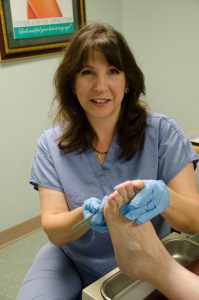 Corns and calluses are your body’s response to friction or pressure against the skin. If your foot rubs inside your shoe, the affected area of skin thickens. If a bone is not in the normal position, skin caught between bone and shoe or bone and ground builds up. In either case, the outer layer of the skin thickens to protect the foot from unusual pressure. In many cases, corns and calluses look bad but are not harmful. However, more severe corns and calluses may become infected, destroy healthy tissue, or affect foot movement. With your doctor’s help, corns and calluses can be controlled.

Tinea Pedis, the formal name for athlete’s foot, is an extremely common rash caused by a fungal infection. Symptoms may vary, depending largely on whether the condition is acute or chronic. In most acute cases a reddish, itchy rash can be found between the toes and on the soles of the feet. Moderate pain and blistering may be seen. Chronic cases reveal the skin can take on a rough, scaly appearance. In some instances this can be confused with chronic dry skin. 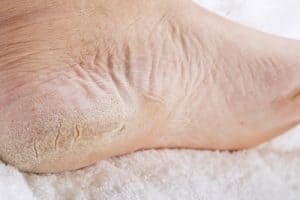 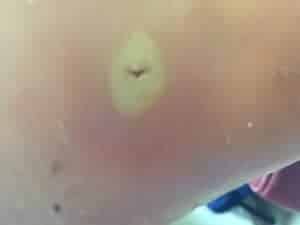 While somewhat rarer than the conditions mentioned above bacterial infections are still fairly common, and their symptoms can vary considerably. A frequently encountered variation is an ingrown toenail which has become infected. In other cases, what appears to be a case of athlete’s foot is actually a minor infection caused by bacteria. One of the more serious presentation is an infected wound. While often minor, they can quickly worsen, and in all cases require prompt medical treatment.

The common blister is almost always a friction injury. It’s usually caused by the repetitive rubbing associated with walking and running, especially in ill-fitting footwear. Even so, blisters are sometimes seen as a result of generalized irritation (dermatitis), fungal infections, and even poison ivy. Diabetics are especially prone to nearly all foot conditions, including blisters. In extremely rare cases blisters can form on the soles as a symptom of hand, foot, and mouth disease. 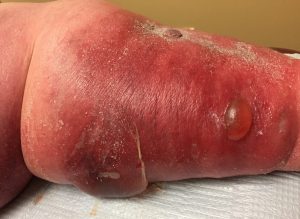 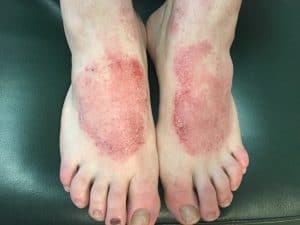 When it occurs on the feet this common condition can easily be confused with fungal infections such as athlete’s foot. It’s usually caused by some type of chemical sensitivity or allergic reaction. It can also form as a reaction to chronically moist or overly dry skin. As mentioned, eczema symptoms can mimic those of athlete’s foot in almost all respects, presenting as an itchy reddish rash.

“We Even Treat Little Feet”

Does your daughter complain of pain in her foot? Does your son avoid gym class or other activities because of the pain he feels in his heel? It is unusual for children to complain of foot pain, so if they do mention it, there is most likely a problem behind it. Often, the problem is a case of flat feet. If you or your spouse has flat feet, it is likely that your child does too, as the condition is hereditary.

A child may complain of pain on the inside or outside of the ankle or the bottom of the foot. Older child may develop painful bunions (a bump on the side of the big toe) or hammertoes (curling or crooked toes) as a result of flat feet. If your child does have a painful flat foot, the doctors at the Beaver Valley Foot Clinic can assess the problem and decided on a proper course of treatment.

Most flat feet will require simple orthotic inserts in your child’s shoe to help realign the foot. If that does not alleviate the pain, surgical correction can be performed to prevent further problems down the road. Due to the latest surgical techniques, the flat foot correction can now be accomplished with a simple surgery that will require minimal recovery time. Please keep in mind that the doctors are dedicated to to exploring a full course of conservative treatment prior to performing any surgical procedure.

Another common foot problem in children is heel pain. This usually occurs in active children between ages 8 and 12 who spend a lot of time running around, playing sports or dancing. These children often will complain of pain in the back of the heel that worsens during or immediately after physical activity. The technical tern for this condition is Calcaneal Apophysitis or Seaver’s disease, but it is often referred to as “growing pains.”

Nail fungus is really the one of the most common nail problems. Although nail fungus can happen at any age its most common in older people.

It is caused by many type of fungi but the most common fungi that causes nail fungus is dermatophyte. Its more common in older people because when we get older nails become weak and brittle.

They start developing cracks which makes it easier for bacteria to enter your nail.

• Damaged nails: if an injury damages your nail then there are chances that you may suffer from nail fungus.

• Weak immune system: if your immune system is weak then it’s hard for your body to fight against infections and bacteria.

Even our pets aren’t safe from this problem, if your dog or cat has dirty or broken claws then they may get infected too.

So make sure to never ignore nail fungus since it brings really seriously problems!

If you never suffered from nail fungus then you must have faced ingrown nail at least once in your life since its also a really com on problem.

When you cut your toenail curve instead of straight it grows in the wrong direction and starts growing inside your skin, which causes ingrown nail.

This can make your toe bleed and if not treated on the right time then infection can also start.

If your situation is worse then doctor may cut a little part of your nail which will regrow later. But in some serious cases the whole nail is removed.

So make sure to not ignore such problems or the infection can enter your bloodstream and infect your body.

In the back of the heel bone, where the Achilles’ tendon attaches to the bone, there is a growth plate that enables the bone to continue to grow as the child ages. For some children in this age group, the bone grows faster than the muscles and the tendons of the leg. This causes the Achilles’ tendon to become to tight and to pull on the back of the heel bone. Fortunately, the treatment for this condition is always conservative and does not require surgery. Stretching, icing, anti-inflammatory medicines, heel lifts and a temporary decrease in activity usually relieves the pain. The good news is that the growth plate closes over time, so the pain does not reoccur and no long-term problems result from this condition. For adults, the noninvasive ESWT, Extracorporeal Shockwave Therapy is available to treat your heel pain in one 20 minute visit.

Other common pediatric foot problems to be aware of include ingrown toenails and warts. All pediatric foot conditions can be treated by the doctors at the Beaver Valley Foot Clinic. Having children of their own, both doctors are sympathetic to young patients as well as parents. As always, they are dedicated to providing gentle yet comprehensive foot care for patients of all ages.

Contact us for same day and after school appointments.