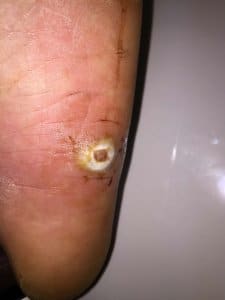 Remove a wart … the right way!

There are some things you just shouldn’t try to do yourself!- like digging out your own plantars wart. Don’t remove a wart yourself.

We are sharing this cautionary tale to save others from suffering.

Some people are just tough. They can handle a little pain to get the job done! These do-it-your-selfers like to take care of there problems themselves. It’s especially tempting when you ad in the fact that these days many people don’t have the best insurance, or have very high deductables.

However, the old saying are still true. Sometimes the easy way isn’t the best way, and may end up costing you way more in the end, not counting the pain and suffering, 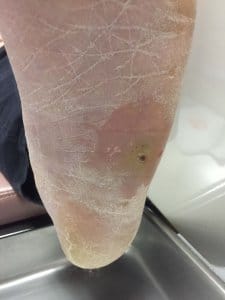 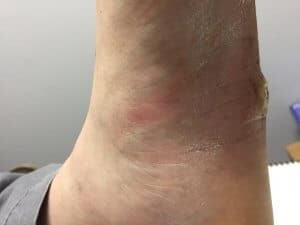 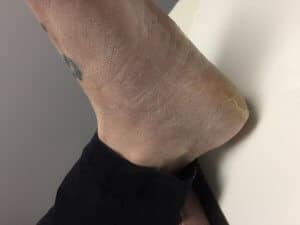 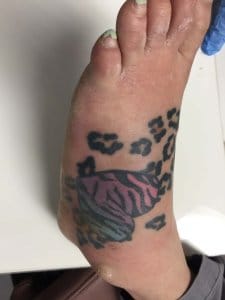 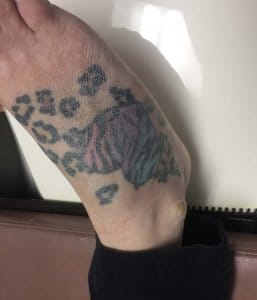 This patient arrived at The Beaver Valley Foot Clinic with a large wart located on the weight bearing portion of the forefoot. It had been causing the individual difficulty when walking and standing. This stubborn wart would require a few treatments. Due to the awkward position of the wart, it required special care when being treated. It only took a few treatments using the Swift Microwave Therapy and the stubborn wart was gone!

A series of warts had formed at the base of the second and third toe. After four Swift MicrowaveTherapy treatments the warts were successfully removed.

Is Using Microwaves on my Skin Safe?

Microwaves have been shown to be safe to be used on living tissue. It is a form of non-ionising waves located on the electro-magnetic spectrum between radio waves and infrared waves (300MHz-300GHz). Non-ionising radiation can not cause damage to the DNA of living things. SWIFT uses waves at 8GHz that are only able to vibrate water molecules within skin cells.