Patients with Restless Leg Syndrome (RLS) experience uncomfortable sensations in their legs, especially at night. Patient reports vary, and can include “itchy,” “creepy-crawly,” or “pins and needles” feelings. These symptoms are accompanied by a strong, nearly irresistible urge to move the legs. This understandably makes it difficult to fall asleep and stay asleep, making disrupted sleep the hallmark symptom of RLS.

Symptoms vary between patients, ranging from barely noticeable to debilitating. While not harmful in its own right, Restless Leg Syndrome has great potential to lower a patient’s overall quality of life. For many sufferers, severe sleep disruption causes chronic exhaustion which affects many aspects of their physical and mental health.

What does a typical Restless Legs Syndrome (RLS) patient look like?

Restless Leg Syndrome is observed in about 10% of American adults. Anyone may have RLS, even small children. However, the most severe cases tend to occur in females over the age of 30.

This condition is often misdiagnosed, especially in younger children and those with mild symptoms. Only when RLS is diagnosed correctly can successful treatment begin.

To date, no single cause of RLS has been identified, yet there appears to be a genetic component. About 50% of RLS patients have a relative who is also affected.

Other suspected causes, as well as factors which may aggravate the condition, include:

Often, patients come to their doctors complaining of excessive daytime sleepiness, and may themselves suspect RLS. While medical tests might be done to rule out other conditions, no medical tests or bloodwork can diagnose RLS. Instead, the diagnosis is made clinically, based on symptoms and a patient’s medical and family history. A thorough review of a patient’s medications is taken into account as well. The overall health and lifestyle of each patient must be considered before a final diagnosis is reached. 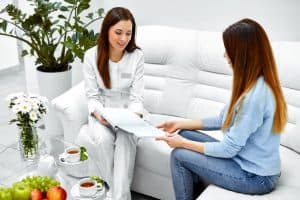 Just as there isn’t one single cause of RLS, no one treatment is able to “cure” it. As such, most treatment protocols are aimed at easing symptoms. Often, this involves simple lifestyle changes as opposed to medications.

This is especially true for mild-moderate symptoms. Often all that’s required to reduce or even eliminate symptoms is limiting caffeine intake and establishing a regular sleep schedule. Other lifestyle modifications used to successfully treat RLS include limiting alcohol intake, stopping tobacco use, and engaging in regular exercise. Treatment of other sleep-disrupting conditions such as sleep apnea (snoring) can also help.

The following are other drug-free methods which provide some patients relief: 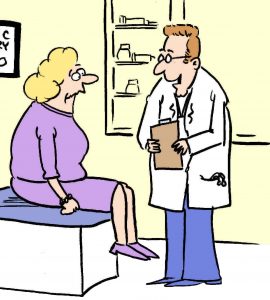 Drug therapy can be helpful if these conservative methods fail. No single medication has been found which helps all RLS sufferers, however. In fact, a drug which provides relief in one patient may exacerbate symptoms in another. Tolerance is also a concern. Even if a medication works, it’s possible for it to lose its effectiveness if used for long periods.

Common medications prescribed for RLS include:

Choosing a medication to treat RLS is often done by a process of trial and error. It’s a matter of finding the drug which best manages symptoms and improves sleep quality while having the fewest adverse effects.

If your RLS is minor, changing your way of living can be your only treatment.

RLS symptoms could potentially be avoided by: 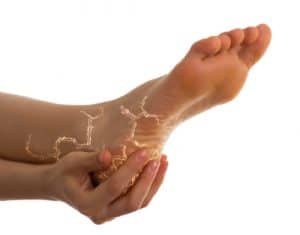 As per the above academic research group, the “classic” symptoms of RLS include:

These symptoms may occur during the day but are typically at their worst at night when lying down. They are usually relieved by activity, such as getting up and walking around. This is why floor pacing is common among RLS patients. In extremely severe cases, symptoms may be constant, and are not relieved by lifestyle changes, activity, or medication.

“Non-classic” RLS symptoms can include:

Not everyone with RLS experiences symptoms every night. Some individuals have only one or two episodes a month, and others may go for months with no symptoms. It is unknown at this time why such remissions occur, or what triggers the disorder again.

It was previously thought that RLS was caused by vascular disease or nerve damage in the legs. While vein disease (venous reflux) is known to contribute to RLS, research has yet to conclusively link nerve damage to RLS.

Patients with diabetic neuropathy do experience RLS symptoms with greater frequency than the healthy population. However, no connection between the sensory nerve damage found in diabetic neuropathy has been established. Instead, these elevated rates appear to be due to other factors common to diabetic patients, especially vein disease.

Imbalances in certain chemical messengers in the brain known as neurotransmitters may be involved in RLS. These help regulate movement, and could potentially lead to involuntary movements such as those found in RLS. Current research is being done to investigate this connection.