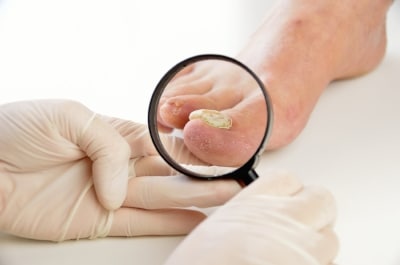 How Do You Get Fungus Toenail infection 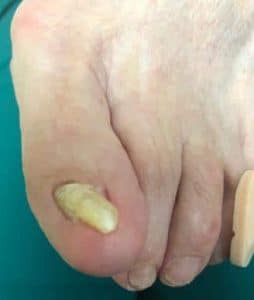 Research done by Strisower’s team seems to have found that this isn’t such a simple question. These researchers isolated more than 100 microorganisms responsible for causing what we know as onychomycosis, or Fungus Toenail infection. These include varieties of fungus, yeasts, mold, and even bacteria. What’s more, the team found that some of these organisms work together, always being found with one another, and thriving in this symbiotic relationship.

There isn’t one single mechanism of infection where toenail fungus is concerned. Infection occurs in places which range from nail salons to locker rooms. In reality it’s more a matter of environment and exposure. All types of fungus thrive in dark, moist environments, and wet shoes certainly fit the bill. This could mean almost anyone, but especially pertains to people such as landscapers and construction workers who wear boots for long periods. Shoes, in fact, are the reason why toenail fungus is much more common than fingernail fungus.

The risk of infection also increases with age. This is simply a matter of time–the longer someone has lived, the more years they’ve been exposed to the organisms which cause infection. It’s also commonly known that elderly patients often have weaker immune systems than other groups. States another Washington based podiatrist, Dr. Lee Firestone, over half of people over the age of seventy have nail fungus infections.

• You may just notice a white or yellow patch under your nail at first. This spreads over time, turning your entire nail white, yellow, green, or black.

• It’s possible that the nail will swell and become difficult to cut.

• Your nail will become crumble and brittle. It may break easily when a little force is applied.

• They will turn misshapen as well

• If ignored for longer you may notice swelling, redness and odor from your nail.